In 1969 Pastor John began working as an apprentice iron worker on the World Trade Center. It was there at the height of the building that he was at the height of his downfall, for it was there that he took his first snort of heroin. Spiraling downward he was no longer snorting but mainlining. As his addiction grew, his morals, self respect and self restraint diminished. It was now 1972–73 and John was now at his own ground zero. Amidst a life of crime, and hopelessness, he reached out to the only hand that could save him — Jesus Christ!

As the months went by he got worse, in fact he had to go to jail, but God works in mysterious ways and sometimes before things get better, they get worse. In all this John says that God was teaching him and molding him to be free in Christ. It's been over 40 years and he can honestly say "Jesus has fulfilled and sustained me all these years and by His grace I have never gone back". Two of John's favorite verses are: Matthew 11:28 which says "Come to Me, all who are weary and heavy laden, and I will give you rest. Take my yoke upon you and learn from Me, for I am gentle and humble in heart and you will find rest for your souls for My yoke is easy and My burden is light". Ephesians 2:8- "For by grace you have been saved through faith and that not of yourselves it is the gift of God; not as a result of works so that no one may boast.".

John has been married 32 years to his beautiful wife Esther, who works in ministry by his side as Sunday School Director and worship singer. He says she is a true jewel that God has blessed him with. 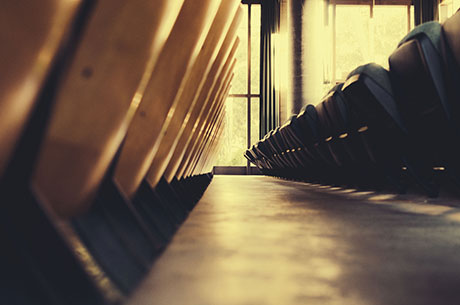